Consol has been a trusted friend in many homes around South Africa for their superb glassware which is often used for preserving the traditional homemade jams, adding a touch of country feel to the interior décor.

Earlier in 2012 Consol released a brand new jar with a completely different intention. Used not for preserving and not as a bottle but as a source of light, the Consol solar jar is bottled sunshine!

The Consol solar jar has a tiny solar panel in the lid, although it still has the original and widely recognized lid design incorporated around the mouth of the jar.

The jar has caused a spark of frenzy amongst home decorators, wedding planners, camping enthusiasts, environmental activists and even g

Using the energy collected from the sun, the jar is able to provide 6 hours of light and can be switched on and off, making it an excellent choice for campers as well as eco-friendly interior décor enthusiasts.

The jar’s 4 LED lights shine roughly the same amount of light as a candle when placed on a table or other working surface but you can also hang it a little higher up to bring a dream-like ambience into any room.

Place three or four of them on your window sill and as soon as the sun goes down they will light up the interior décor of your home from the outside in.

The great thing is that if you buy the jars in bulk online from the official Consol Solar Jar website, you get great discounts.

Not only can it be used as interior décor, but imagine them in your garden, lighting up & decorating pathways, the edges of swimming pools or even placed around your garden to highlight features. 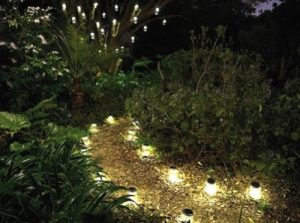 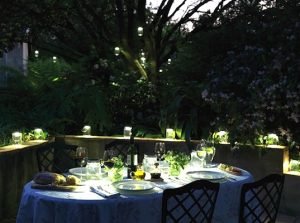 If you’re looking for interior décor ideas for a party, paint the jars with glass paint and have them shine in the colour of your choice, then strip the paint afterwards to have your original clear glass jars back.

Put a stencil or craft tape over the Consol solar jar and paint it to have the light shine from it in patterns of your choice. You can also fill it half way with coloured water to create an even more glamorous effect on your dining table.

The possibilities are endless and the best thing about it is that there are no flames involved (like candles or oil lamps) that can start a fire. It can be left outside in the rain and still create light; lasting for years without you paying a single cent more in electricity costs!

How would you use your Consol solar jar as exterior or interior décor? Feel free to share your ideas by commenting below.