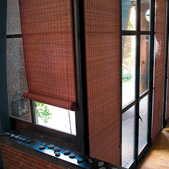 A Short History of Window Treatments

The History of Window Treatments Can Be Traced Back to the Ancient Egyptians.

The use of blinds in Cape Town has become quite popular in both homes and offices, but have you ever wondered about their history?

The Origins of Blinds

The ancient Egyptians were the first known to utilise blinds in their primitive format. Reeds were bundled together or cotton cloths were used to cover the windows of their shelters.

This was primarily to cool the interior of the shelters. It seems that they even wet the cloths for a more of a cooling affect. Remarkably, we see the same basic use for Blinds today, shading, privacy, energy efficiency and decor.

Ancient Eastern cultures the History of Window Treatments reveals that they also used bamboo sticks bound together to cover window openings, which is the basic form of today’s Bamboo Blinds.

Over the ages different cultures used combinations of cloths, reeds and slats to cover their windows. Although these window coverings provided shading it is only in recent years that they have evolved to allow for flexibility in movement. 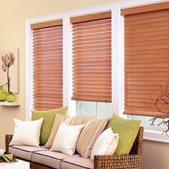 On the 11th of December 1769, Venetian blinds were patented by designer, Edward Beran of London. He enclosed wooden slats in a frame to regulate the amount of light let into a room. The source of the name “Venetian Blinds” is open to speculation.

Some say it’s because they were used on Italianate windows, others that they were widely used in Venice. The Venetians, being great traders, supposedly brought the idea of the Venetian blind back with them from Persian.

These were often used in place of window curtains or shutters. In the 1840’s, the blinds were held together by flat strips of cloth. These Ladder tapes are still available on some Wooden Venetian Blinds today.

This enabled the cloth to be rolled up or down using a spring mechanism and was to evolve into Roller Blinds as we know them today. The blind was and often still is referred to as the Holland Blind due to the use of Scotch Holland fabric.

In 1946 Henry Sonnenberg, in a joint venture with Joe Hunter, developed new technology and equipment for the continuous casting and fabrication of aluminium, leading to the production of lightweight aluminium slats for Venetian blinds.

The aluminium blinds quickly became popular all over the world in the 50mm wide format. Only in 1979 did the first mini aluminium blind appear in the 25mm format.

The development of plastic in the 60’s led to the use of nylon components which significantly reduced the size of the components used in the blinds.

Production machinery was designed to produce blinds on a mass scale which reduced the costs of the finished product. Products such as Vertical Blinds were then also invented by making use of the new technology.

Although, even with all the new technological developments, we are once again seeing a resurgence and a new popularity in Wooden Venetian Blinds.

To find out how we use the History of Window Treatments to your advantage Contact us today on (021) 557 7711 for a professional quote on all kinds of blinds in Cape Town.

All kinds of Custom Made Home and Office Blinds

We will measure and install your blinds professionally for the maximum effect.